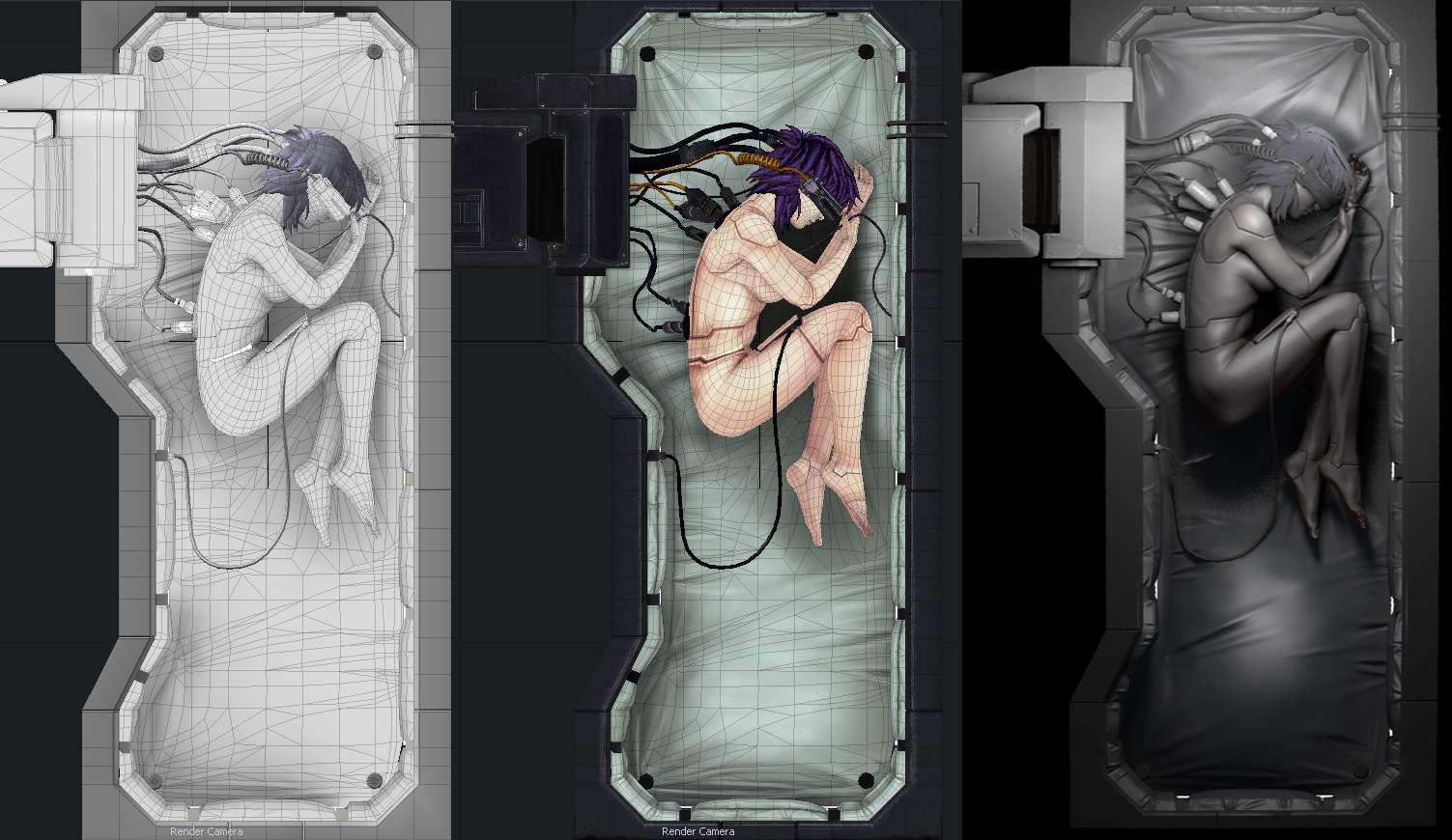 Something I wrote a few days ago that I wasn’t going to publish, but I looked at it today and edited it into a shape that wasn’t ‘amorphous blob of thought’. Consider it a musing on talented people and identity and how terribly haunted everyone is by their own pasts.

There was a strong and pathetic need in me up until a few years ago to become someone’s muse. Whether you think of yourself as a feminist woman or not, sometimes it’s hard to get away from the fact that your role has already been predestined, written in curling, delicate hand about Lord Byron, chiseled into stone somewhere, Edie Sedgwick and her ilk lie in ecstasy in the background of some dark, violent party of the mind, the reason the men are there, but the muses are not the centre of conversation, and yes, they are the glamorous, seductive type you are drawn to. You can’t stop thinking of yourself as the romantic figure, floating in and out of heroes’ lives, a Jane Eyre or another long-suffering woman who is foregrounded in your head but just lives to lend all the ideas you have about the world to another, because they seem to have a firmer hand, a choking grasp on life you do not, because you’ve seen it happen before, and it will happen again. There’s no song lyric ‘men are doing it for themselves’, well, because, nothing so obvious is ever written down and paid attention to. A blackened part of me understands that there are thousands of voices of women in the chasm of history who only ever spoke through the voices of the men they fell in love with. Some of the greatest works of our time would be even finer if they had been written by the hand who first had the idea.

The only antidote to this is to really pay attention to how utterly fragile talent is when contained within the human body. It is certainly not robust enough to be kept in only men. You stay around anyone you admire for their games or art or writing for long enough and you’ll understand that they are awful in some incredibly profound way, and if they aren’t awful they are a nice person who is broken and cut up in ways that it will hurt to think about.

I’ve spoken a lot with the game designer and writer Harvey Smith recently about whether having a privileged background or upbringing helps a person produce better art, or whether having a difficult life helps produce better art (Harvey has a wealth of stories about his background that would make you think the latter). I concluded that when you don’t have things like social ostracisation, war, poverty or sickness in your way, it’s much easier to make things faster, which is probably why middle-class white dudes produce such a vast array of our art. There’s a better hit rate, y’know? And it’s not necessarily that broken people make better art, though perhaps sometimes the ability to communicate pain helps. I don’t believe you have to be beaten down by society to make something profound. You just have to be able to produce it, and that’s the hard part. The hard part is telling yourself you are that person. The person who makes.

There’s something Harvey said recently that really sticks with me, and it’s this wonderful little moment in time in my head. Writers have a real talent for articulating exactly what you didn’t know you thought before, and he said, sitting on the arm of the couch, looking up at me in the loft of his and Leah’s beautiful Lyon apartment, “The hardest part is admitting you want to do it. Saying, I want to be a games designer, or a writer, or anything creative.”

It took me about twenty-seven years, most of them during which I was writing fiction, poetry or criticism, to realise that I was a writer, and that I wanted to be a writer, and that I was a writer who was good enough. I didn’t want to be around people who create things. I didn’t want to be with them. I was already one of them. Why was I wasting time? You do not get to write my story. I write it. I write it myself. Stealing is only legitimate if it’s mutual. There does not get to be a one way road any more. I am no one’s muse because I have the ideas. They are mine.

Perhaps I am fucked up, awful in some incredibly profound way, and if I’m not awful I might be a nice person who is broken and cut up in ways that will hurt for others to think about. Perhaps I am that person that men look at and think, I wish I was her muse, though the canon for some sort of male muse is somewhat absent. None of it really matters to me now, because I understand that talent is fragile and that even trying to articulate it now may be killing any talent I had left.

Right now as I am travelling through France I realise that I have the firmest choke hold on life I have ever had. I do not need the ghosts that I once summoned to my bed: those ghosts that I once thought, perhaps the creativity of life will touch me through them and I will feel good again. Those ghosts that I used to think: they are the only romantic thing about my life. The ones I let go, the ones I could never have, the people who did not respect or love me, the people who slipped through my fingers, or laughed when someone said, “She’s a writer. Sort of.” The ghosts who will watch you sleep and when you wake you are covered in a thousand cuts. The ghosts who whisper hoarse in the dark, they used to say, “You should have asked me to marry you.”

I slit all their throats. And when I occupy a bed with another person who has those ghosts, I can shake the ghosts’ hands and say, I know you, and I have sympathy for you. But you are not welcome. I am waiting for the day this person kills you.

…I’ll come back on that day.

I continue on my travels.