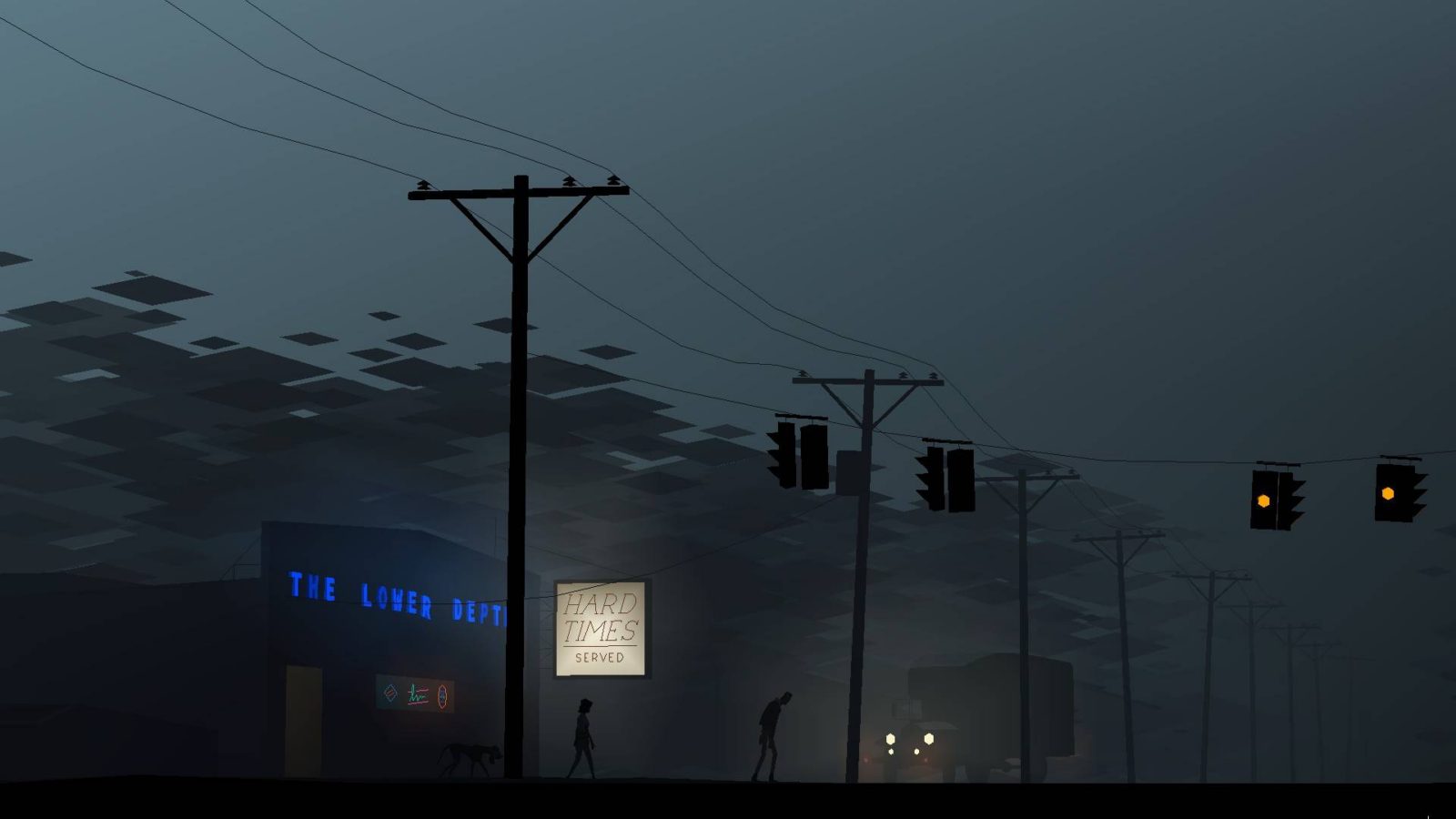 We are all mortal. We are all slowly dying. There’s a Tory government ruining us. Climate change is killing people already. The rich/poor divide is getting so wide and so disproportionate the poor are soon going to rise up in bloody revolution. A game that we hoped would take us away from all this, No Man’s Sky, it turns out, is just a game that cannot magically make this all go away.

But there’s one thing the No Man’s Sky reactions do tell us:

We want to be lost far away from here. We are convinced that distance will make us happy.

Scale has always enchanted players, but why has map size always been this obsession? Is cosmic orienteering something that by itself can comfort? I played Space Engine for months on end, at one time, a real simulation of space travel through our known and unknown star systems. Beautiful though it was, I sat in the rings of Saturn and all that really returned to me were the words and thoughts I had been trying to avoid. Maybe being whisked far away is not really very comforting, in the end. Perhaps being closer to home, and facing up to things, and making peace with contradiction, impossible situations, tragedy, and loss, is somehow a more manageable expectation. Perhaps a game that meditates on our problems is even more therapeutic than just drifting through space. 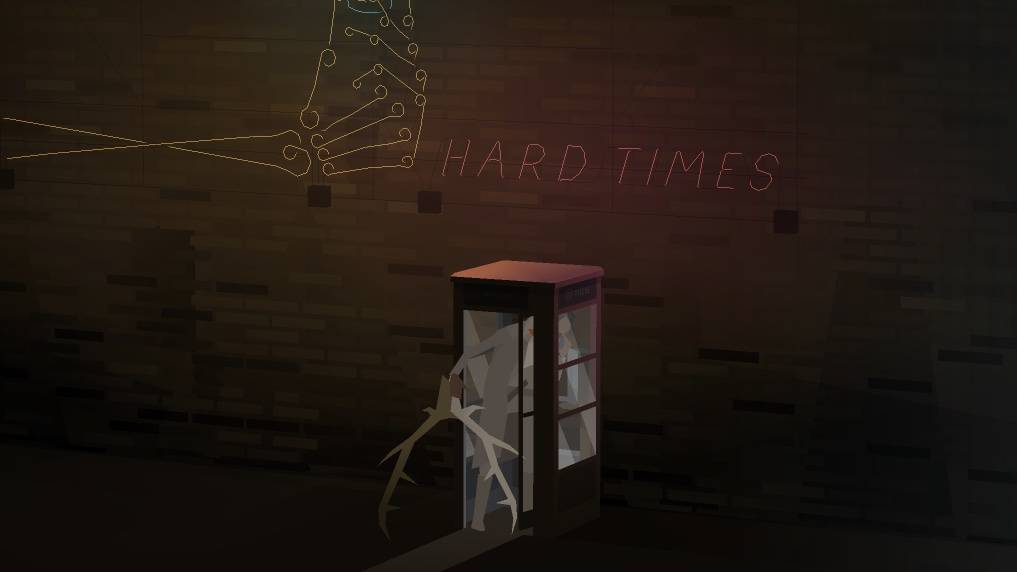 I can see the cogs of Kentucky Route Zero clear as glass: it is a point and click game, it has scrolling text, it functions on nets of minor conversation branches, it riffs on myth and the Great American Novel and magical realism. It appears as a pop-up book and its 3D space is navigable with a little nod to a couple deft camera techniques and storytelling that owe a lot to American cinema: Lynch, maybe the Coens, maybe a little Wes Anderson. It is talking about us, and games, and history. Its themes encompass nostalgia, tragedy, architecture, journeys, life, death, technology, the nature of the dark… It is a metanarrative on how games take part in and shape our lives. I am truly lost in it, because it asks no questions, and gives no answers. The problems are part of the landscape of being. They are part of the experience of play. You can only go through them, you cannot run away from them. You can merely choose what you say in response.

Kentucky Route Zero is the only game I have played where I slowly, achingly, drift into feeling upset. But comforted in that upset. Like I am being told, quietly, gently, about the nature of my own death.

We are in an era of tragedy. It is time that we admitted it. It’s not just that Bowie and Rickman and Prince passed away. It is that we can touch fascism in our living rooms. And we do not understand how we got here or how we will survive without the heroes of our past to interpret it. We are alone in the universe, now. We only have each other for comfort. 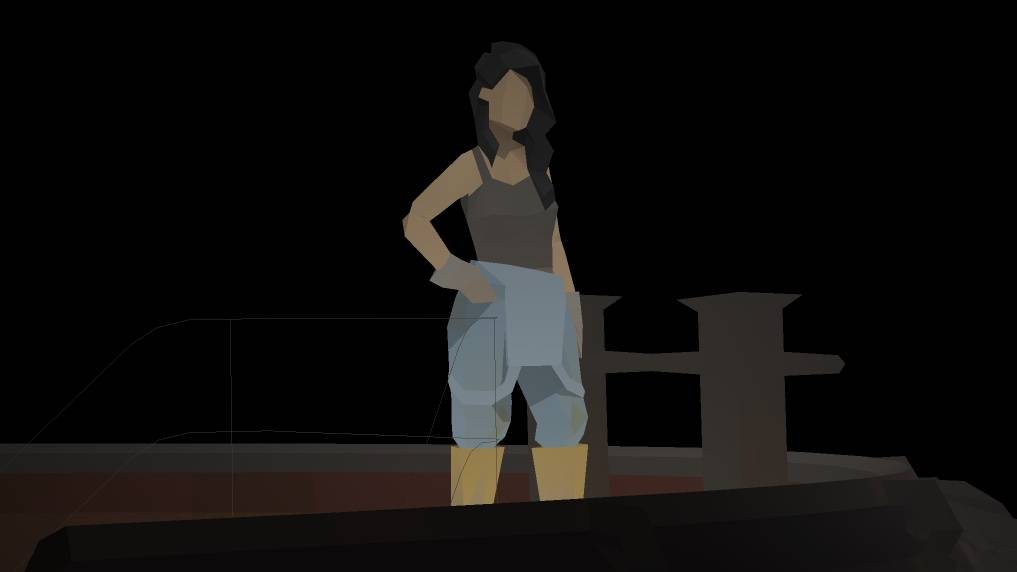 People miss the point with much anticipated sequels: it is not to use the exact same systems and the exact same development techniques, because all you are doing is digging through badly documented archives to produce a moving skeleton with a party hat on. The most important task is to evoke the *effect*, or the *feelings* those old systems produced, and it doesn’t much matter how you get there as long as you do. Push the buttons that that old game once pushed, but do it using new techniques that are developed just for those buttons. Make the buttons more efficient. Make there be more ways of pushing them.

Goldeneye did one thing well: it proved that undertaking the job of a government killer could be made to feel good. Before it, Bond films had proved for years and years that it was possible to make a callous, uncaring, misogynist man who would throw a lover in front of a knife to save himself into some sort of enjoyable, feel-good person. We have been proving it to ourselves for many years since. We can make the awful enjoyable. We can make it bearable. We can make a government hitman a celebrated hero, with his own theme tune, and a really beautiful watch. 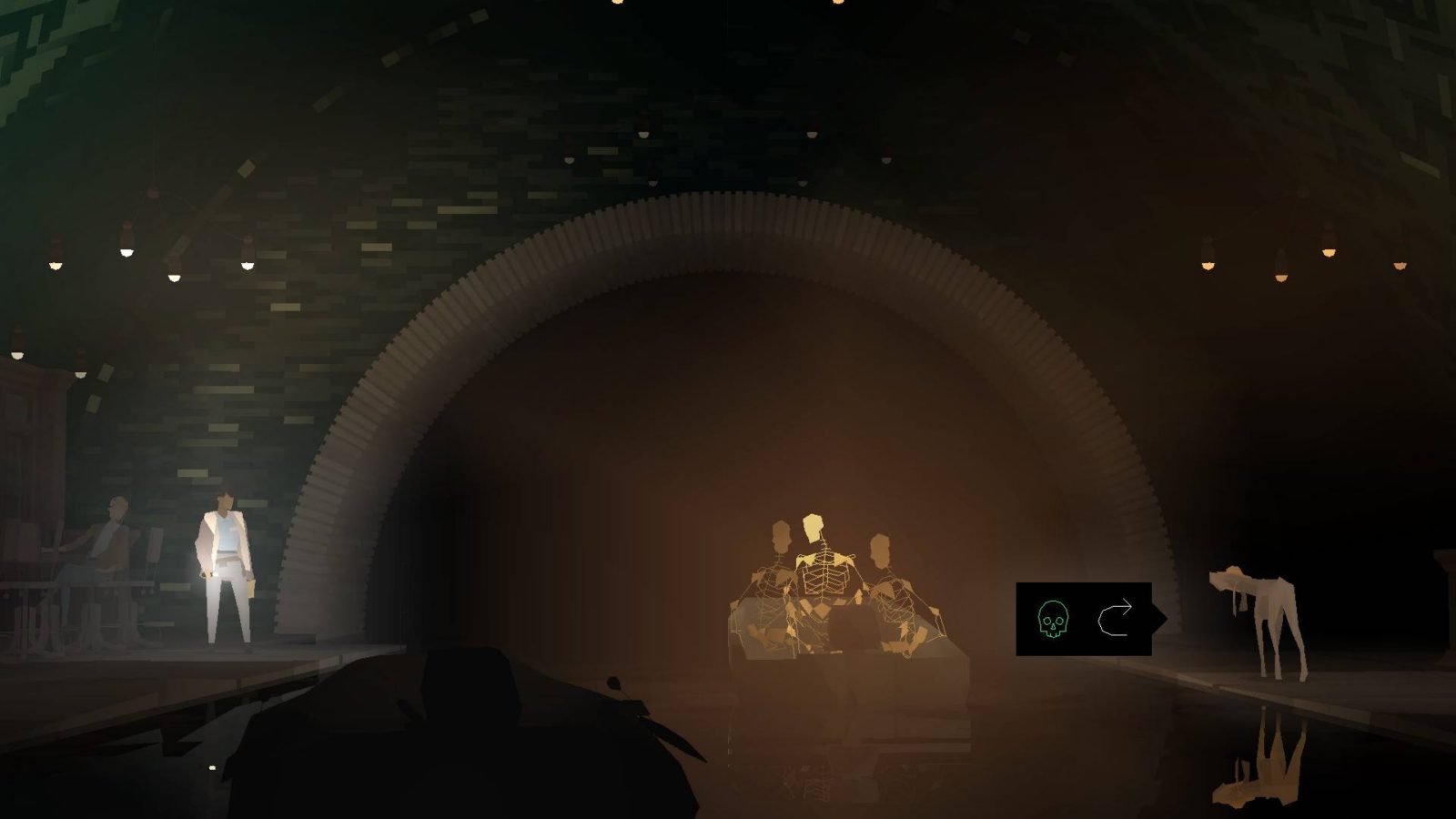 Aging is a horrible thing in video games. If I’d stayed in big budget games from my first job at Rockstar Games, there is some evidence to say that I might be a highly paid mission designer by now. (There are no other kinds of mission designers there.) Perhaps by 30 I would have had a mortgage, if so. Instead I left that job and went travelling. I wrote scripts, speeches and radio programmes at the BBC. I wrote terrible poetry and terrible games journalism. And now I have just returned to big budget games. I still don’t have a mortgage. But games are a different thing at 30 than they were at 22. I’ve sat in Tom Bissell’s house and told him that it’s great that he has this nice house (partly because I doubt that anyone I know actually owns one), and in turn he looks at me, tired, and tells me that he is in his forties, and that’s just what happens. I’m old, he said to me. And it occurred to me that I had never applied an age to a person who works in games before. People in games are ageless, or they are supposed to be.

But Tom is right: leaving your twenties, especially, feels like something. We are not children any more. We are no longer the people who are supposed to play games. If we are, maybe some things need to change.

Kentucky Route Zero is very adult in many ways, but the central theme for me is the embrace of decay. Of loss. Of becoming obsolete. Of becoming stuck. And this is the most adult theme of all.

Anyone who plays games or who watches a Ziggy Stardust video knows magic is real. When we are children, magic exists everywhere. It is something you can take part in effortlessly. You can have it happen anywhere at any time. Magic is attached to novelty, the new, the weird. And games are realtime magic. They are! They are magic composed before your eyes. You cut a path into virtual worlds you cannot believe were made by mortal entities.

When you are an adult, your access to those new, novelty virtual spaces starts to be shut off. There is less time, and more responsibility. There is less money to take risk and make mistakes, there is very little safe space for the magic to be let loose. You might save all year for a Beyonce ticket, just to see a certain miracle be performed in front of you, just so that you can go on with life knowing that there is magic, if you have time for it, if you find time to breathe it in.

But so few things are new to us, as we get older, and we’re not willing to risk paying to find the new in case it hurts when we don’t. The things that were new and wondrous – the deep, mysterious, stuttering space of the original Elite, for example – now live only in memory, because the BBC computer you played it on is no longer accessible, or you bent the floppy disk, or spilled coffee on it, or you have forgotten how to tell it to function. Or more likely, you do not have an attic in which to store this once fearsome beast, and online versions are missing the magic of the disk read noise, and you as a person are missing the time to relearn its ways. It is this remembered magic, the magic of the past, that Kentucky Route Zero successfully articulates. Kentucky Route Zero understands what it is like to watch things break and become unusable, their magic still intact in RAM but somehow out of reach. It remembers for you, so that you can feel like a child, while still an adult. 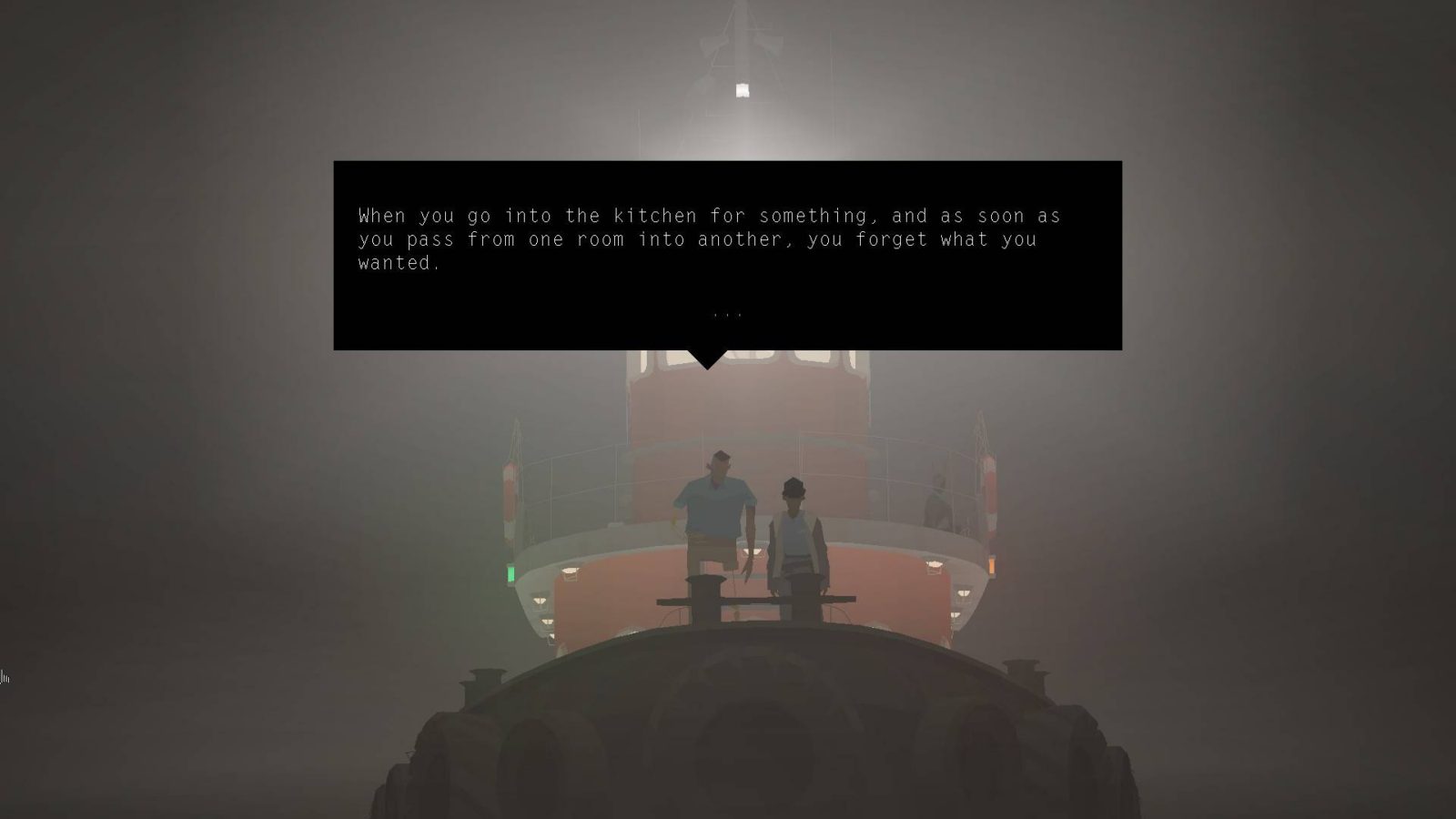 Kentucky Route Zero is saying: it is okay to hurt. It is okay to fail. It is okay to never really *progress*. There is no brave future. We are lost together. But it looks for the most effective way to have technology say that. It says it in maps that when you navigate them, they are circular. It says it in roads that are unlabelled and that you get lost on. It says that in obscure, beautiful conversations that seem like they have no logical output. It says that by providing characters who know you and like you,  who seem to accept you and help you despite their awful problems. It says that through an alcoholic who, after an ordeal, begins to drink again, and there is no way to prevent it. It says that by indicating that the whole world is in flux, that maps must be redrawn because nothing, even the landscape, is stable. You can click to steal a musician’s tip in Act IV; there is no admonishment. Only a sliver of text to indicate that the unsteady steady the unsteady. If you needed it, you needed it. 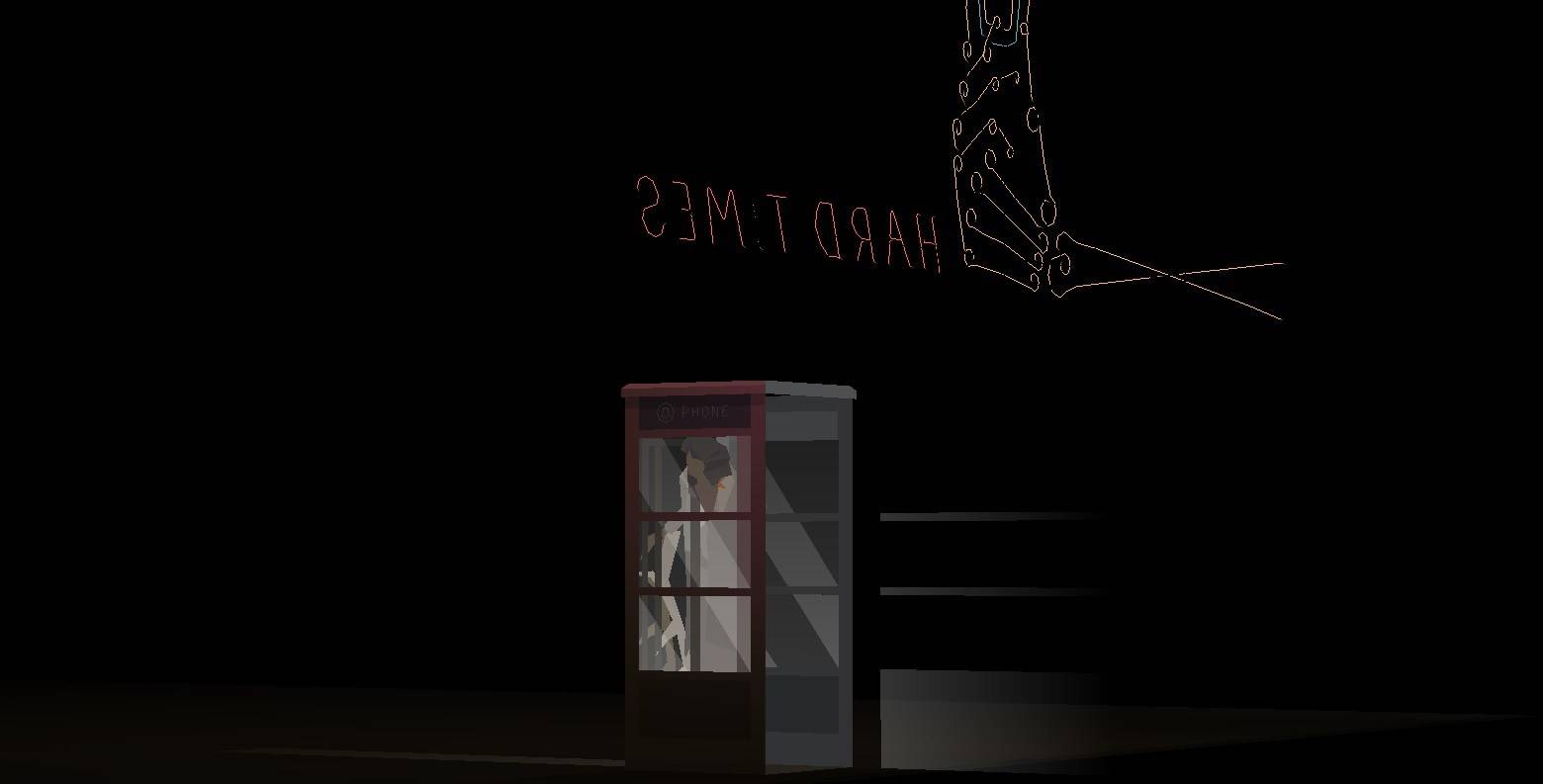 In dire times artists work with a better view of constraint. This is not to say most artists work better within the passions of tragedy, although some may: it is that the boundaries are clearer on what they can and cannot do, and the stakes become clearer too. You get up in the morning, and you think: ‘what if I do not have a reason to get up tomorrow morning?’ You get up and look at the news headlines, and you think, ‘What if the welfare state is not there tomorrow morning?’ ‘What if our healthcare infrastructure decays to an extent where it is no longer available?’ ‘What if our Prime Minister has it so that babies are gestated in women’s bodies to term whether they like it or not?’ These are all reasonable worries in our time. These worries are inflected in our art and entertainment.

Occasionally the downfall of empire weighs on my mind. The British Empire’s downfall, thanks to the Victorian obsession with study, is well documented. A lot of it was hubris, industrialisation, the backlash of oppression. The assimilation and erasure of cultures. The mass murder and concentration camps. It makes the American decision to model some terms of government on the Roman Empire seem both understandable and short-sighted: those who left European shores decided they had a chance at a new start, and so began to model greatness by taking old failures and putting new veneers on top. It was all just the old Enlightenment thought: we are making progress, and building upon our failures.

But there is some evidence to the contrary, since we are still trying the money/power paradigm and expecting a different result. One thing is certain for me though: My determination to see the new art that comments on this awful world is the thing that keeps me waking up in the morning and attempting to do better. Matt Fraction has a similar sentiment.

Sometimes when Kentucky Route Zero’s next episode comes out, I can feel myself holding my breath, and trying to hold on until the darkest hour of my week, so that I can have it lift me and push me on. 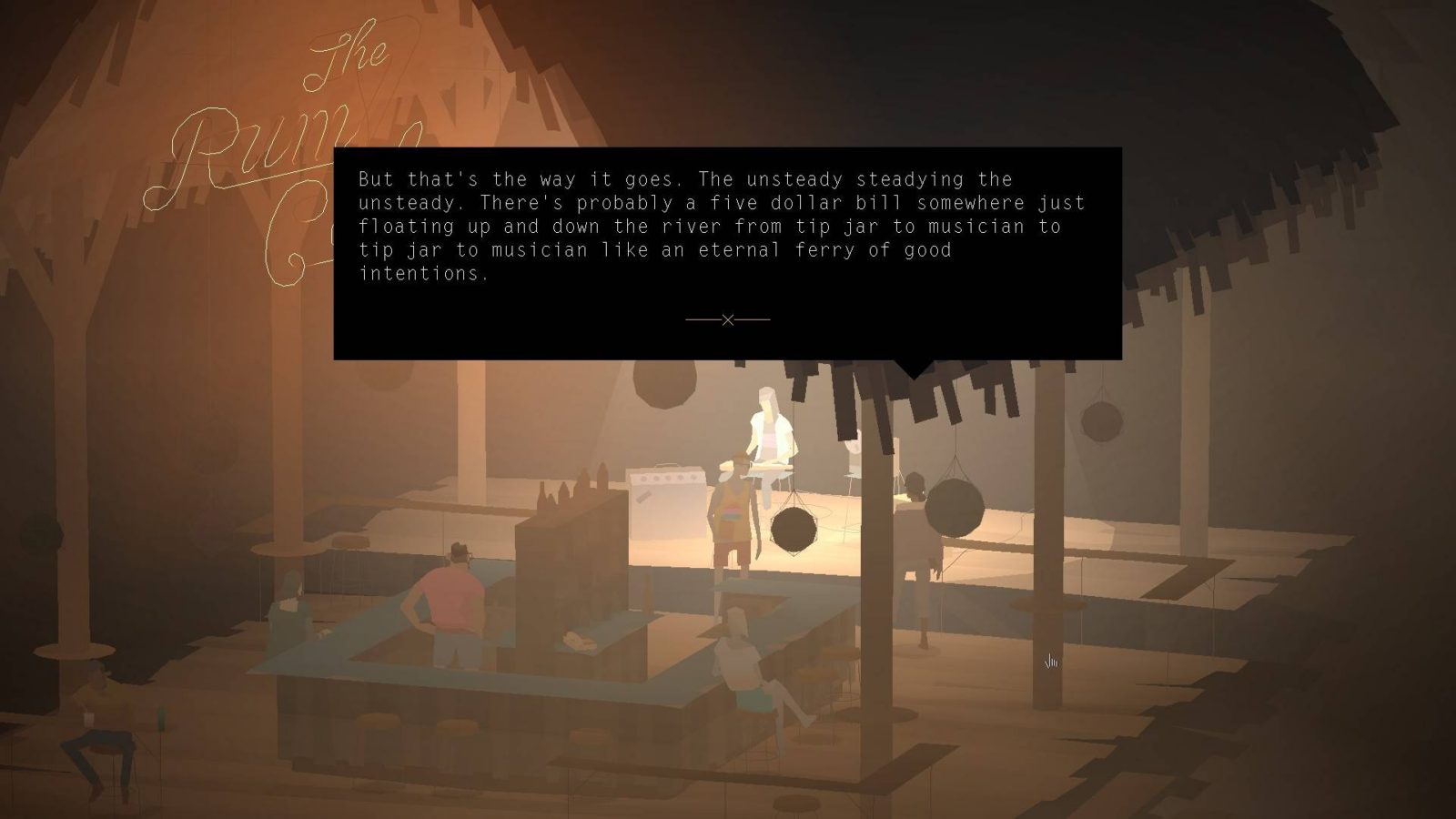