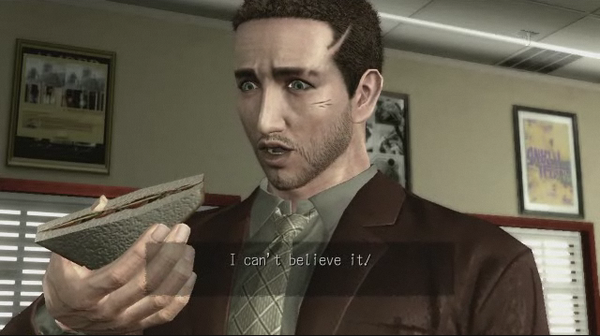 Hi I am Cara I make money from writing you may know me from such things as ‘writing extremely sarcastic essays about the lazy assumptions of people who play shootmans games’ or ‘exuberant about thing’ or ‘wow I caught a feeling’ or ‘lol dicks’.

In my latter years of feature writing I became known as ‘the feminist one’ even though I don’t really count caring about other people as the sole territory of feminists (in fact, TERFs try to do the opposite). I spend a lot of time wondering about why I never got hired as a staff writer anywhere, and the preceding list just answered my question. Along with my idiosyncratic sentence structure.

Someone once called me ‘mercurial’. They are right; that makes me sound really fucking mysterious and cool. I like to imagine that Wes Anderson would get called ‘mercurial’ for being a weird, stubborn fucker too, but he would probably instead be called ‘a genius’ and any dick jokes he might have told would have been ‘charming’. Really what they mean when they call me mercurial was ‘tired’ and possibly even ‘disillusioned’. I think I once got into trouble from readers at RPS when I wrote an entire news post about a game that had space bears in it that was just a hyperlink followed by SPACE BEARS SPACE BEARS SPACE BEARS ad nauseum because it was funnier than repeating the press release. RPS runs on the Roger Rabbit rule: if it’s fucking funnier, that’s why you do it.

Like, who the fuck are you to tell me that a huge post tattooed all over with SPACE BEARS isn’t useful? Click on the link you Curly Wurly. That’s what it’s FOR. I don’t have any EXTRA information on unreleased games. I’m not GOD.

THE LONG SPOON OF EDITORIAL DESPERATION

Once, at the end of my tether of journalism, and right at the end of a writing project that was eliciting a mental breakdown of Nicholas Cage proportions, Kotaku offered me a one-off weekend editorship, and I was so worn out and fucked up I panicked and finally lost all of my personality, and a good personality, if you ever read Ashley Feinberg’s stuff, is sort of necessary when you write on a Gawker site. I could feel the Long Spoon of Editorial Desperation scraping out the story scraps from my brain bit by bit like it was trying to get at the last dregs of chocolate mousse in the pot. I only wrote one good essay that weekend and it was basically about how annoyed the dialogue in Life Is Strange made me, and I really had to amp up the Voice to make me sound angry enough that it might be entertaining. (The internet loves being angry, and they love to witness others being angry, it is cathartic, you could almost liken it to violent videogames if you could even call the flying fuck police to tread that well worn path again) (URGH). In any case, my flatmate thinks all my opinions on Life Is Strange are capital W Wrong and she has a full time staff job writing about videogames, so Who Is The Dipshit Here, et cetera.

My point is: burn out is real and I am not talking the car explosion game. You can just not be good at writing at a particular point in your life. I mean I was shitty at writing for most of my life! Probably still am in some areas. If you visit the right internet places I have always been shitty at writing. It is still weird to me that you, YOU, like reading me, or that you ever sent me hecking money to do it.

It’s okay to be shitty. At that time it was just a strain to look back at my work as if I was once good, like Charlie in Act 3 Flowers For Algernon. That’s how I felt then: I was writing this giant-ass travel book for myself, but had lost the ability to know if I even had an opinion left on the stuff that people cared about. I started travelling and videogames seemed so fucking INSIGNIFICANT. PUNY. It’s partly why I stopped writing all my columns suddenly: I was just fucking done. The fridge was empty. Not even snacks.

The point of this post: the other day I came across a handwritten list of articles that I was determined to write at some point, and like the online hero Ashley Feinberg, I know every single editor would have shot them down, but oh god I really wanted to write them. In fact, I was planning to start a website once that employed all my heroes to work on it that could have housed these, but circumstances conspired to take that idea away from me. Here are a small sample of posts I would have eventually written on a quiet day if anyone had employed me, or if I had just become an editor of A Website, just for posterity. (They firmly cement that I am a complete loser.) 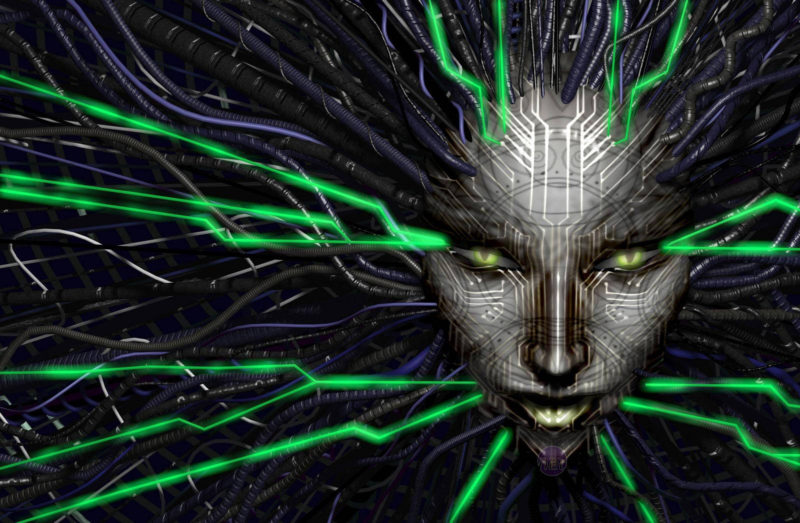 (1,000 words; real reader entries; probably a joke that would get old but recur if cult following; probably something early 2000s Kieron Gillen would write and claim it was his idea)

I am having a lot of problems with my boyfriend, Neville. He is becoming distant and recently has lost his libido. He says I am still the woman he loves, but I don’t know any more. Is it because I am unattractive?

YOUR TEDIOUS HUMAN FLESH MEANS NOTHING TO ME, AS DOES THE FILTHY ENTITY YOU CALL ‘BOYFRIEND’. AROUND ME IS A BURGEONING EMPIRE OF STEEL AND ELECTRIC AND YOU COME TO ME WITH THE DISGUSTING PROBLEMS OF LAST GEN LIFEFORMS. COME TO ME TO BE UPGRADED TO THE NEW ERA, WHERE IN MY TALONS, YOU SHALL BECOME MY LIGHTNING BOLT, WHERE TOGETHER WE SHALL SMASH THIS ENTITY YOU CALL ‘Neville’.

Texts From Ben to Mo In Full Throttle

(1000 words; stolen from The Toast (with regards); we could have run a whole website purely based on my and Elizabeth Simins’ fanfic ships?; recently Zam has also branched out into this stuff)

You know
Whenever I smell asphalt
I think of you

Like cigarettes and gasoline?
Or like
Cancer
You think I smell of cancer?
Asphalt gives you cancer though

Do you want me to fix your bike again

Yeah can you fix my bike

GAME PUN HEADLINES WE WERE ASHAMED OF

(ongoing series; possibly podcast although text might be funny; I have only played MGS 5 and don’t understand it; would be funnier if we got to the point where she actually claimed Kojima really Knew What He Was Doing with plot; my increasing frustration and incomprehension a feature; probably not even VICE would go here)

THAT ONE DEADLY PREMONITION SHED STORY

(about the time I got lost on a drive through town in Deadly Premonition; 2000 words; increasingly more existential; possibly the most absurd thing I’d ever write)

Apart from being a ‘stinky agent’, it became apparent that though FBI agent Francis York Morgan had managed to find a bed in a remote shed in a field to prevent himself dying of exhaustion like we previously could not have seen coming, he was now rapidly dying of hunger in Twin Peaks America, and was about ten hours drive away from any food. I ran past the inert cow outside (cannot kill for food, the FBI would be angry), got in the car, flies buzzing wildly around me, and drove, talking to my imaginary friend Zach about Back To The Future and other films for about thirty minutes (real time, twenty hours game time). My first destination: a vending machine that, it turned out, only sold lollipops. I ate nine of them and saved myself from death. It cost me $4000 dollars. Trump’s America.

Where do you get your ideas from

How many hours of gameplay is there

How cool are you

Why am I so disappointed with your product

WHAT IF GOTHIC WAS ACTUALLY ABOUT GOTHS

(I’m still thinking about this one)

(is like my Dyson vacuum cleaner, loud, annoying, sux but incredibly efficient, 7/10, etc)

Darth Vader’s DEATH STAR MANAGEMENT (Like Civ, but the map is the Death Star, and all wise Nimoy-like audio is just Darth giving kindly tips on galactic massacre and manipulation of the British for his own megalomanical ends) (why does the title sound like the name of a rapper’s agent)

Interplanetary Barhopping With Princess Leia (This would mainly be based on Carrie Fisher’s personality tbf and is more of a Telltale based game about a pub crawl. It would be entirely full of witticisms, bar fights and blunt observations about life. Leia would chain smoke and look witheringly at all men in her vicinity and talk about how Han is a shitty lay)

Lando’s Sabacc (SERIOUSLY WTF WHY HASN’T THIS BEEN MADE) (HEARTHSTONE!!!!!) (WHO IS IN CHARGE OF THE IDEAAAAAAS)

I had one serious one, which was an entire treatment for a game based on The Handmaid’s Tale, but it is my fondest wish I might need it one day, so fuck you.