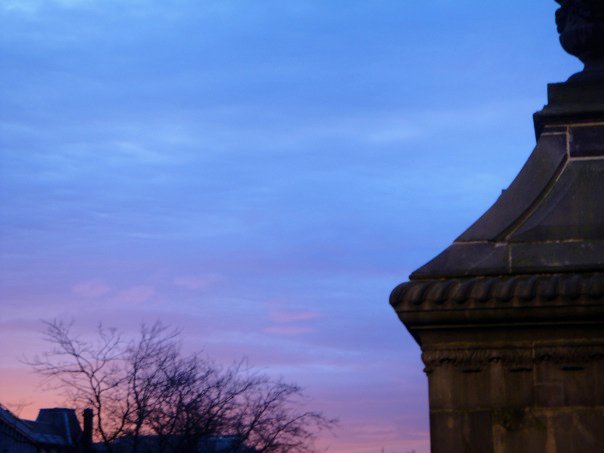 Edinburgh sunset, from my apartment in Edmonstone’s Close

I was born in Edinburgh in 1985. I lived in Scotland until I was twenty-two years old, and then I moved to Japan. I’ve barely been back since, for many reasons, perhaps because it hurts to be there without my friends, who always had better careers than me elsewhere. My country gave me free healthcare and free education and I have been healthy and smart ever since. If you cut me open there would be a fire in me made of Scots Pines.

I am not allowed to vote in the referendum for Scottish independence because you have to be a resident of Scotland. I looked at my UK passport today and was sad.

Here are my thoughts on Scottish independence. 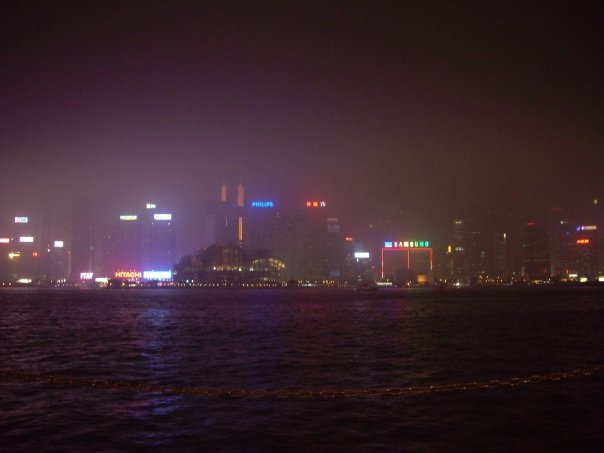 I am at the top of a newborn glass skytower with the Englishman I love. We lean against the thick glass wall of our room and look out, feeling weightless, over the undulating Bladerunner lights of Kowloon, hearts halting over every breath in case the glass should somehow break, let us fall the more than one hundred floors to crash into the birdcages and dried fish stalls below, sparking, our blood leaking slowly, anime-style, into mens’ straw shoes.

We came to Hong Kong because we needed to leave, and because we wanted to be together, alone. These should be the sexiest days of our young lives, I think, peeling off my clothes under the pale white lights. I am running a bath in a bathroom that too has a glass wall, so that you can watch television whilst you are in the tub, or so that your lover can see you, whichever you prefer. I am twenty two and have always been an exhibitionist (I am a writer) and so I do not draw the blinds from him when I am in the bath.

But I am also selfish, and so I switch on the television, and switch to Fox News, the most entertaining of all the channels on hotel cable. I know my pale strawberry-blonde boyfriend despises Fox News, but he says nothing because he knows that I know.

Part of me expected him to want to join me in the bath, but I know he won’t. We have been together for five years. There are parts of my body that he owns, and there are landscapes on his milky-white midriff I could draw off by heart. I still, to this day, miss his smell. This hotel room cannot house five years of feelings and so they curl gently under the door into the hall.

He reads by the bed and is beautiful. 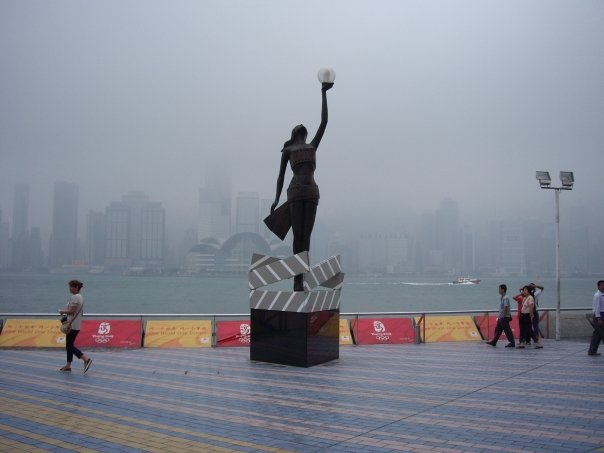 The person I am now knows that if I were in this exotic hotel room with the pink orchids, the invisible wall onto the cityscape, and the thick slabs of white marble today, I would be fantasising about bringing some young dark-haired dark-eyed wiseass with purposely mussed hair back there to do outlandish things, to mess up the upholstery, to fuck until that time that your sweat binds your hot skins together and you almost burn each other to touch. But at this point in history my libido is quiet for once.

My libido is often stupid or misguided, sometimes thinks it loves, but this time it is right about us.

I look between my legs and I realise that I am here on this honeymoon of sorts and I haven’t waxed my bikini line. I think idly about how I owe it to him to be tidy, although he would tell me that he did not care and had never cared.

When you are in a relationship with someone, and have been for a long time, it is hard to tell the difference between what they say they want and what they think you need to hear. It is part of loving, to try to curl up in another person’s mind and do the things that make them happy, so that that can in turn make you happy. The other person tries to live in your mind: love is recursive. Love is selfless and selfish at the same time. This is how relationships become wonderful, and how they also become stale. There are some things he never asked me for that I think he wanted. He didn’t get them because he didn’t ask.

I frown. Later we are going to see the new Indiana Jones film. The fourth one. I am apprehensive about it because we are in Hong Kong, and my memories of Temple of Doom seem a tad Orientalist from this angle. There’s time though, before it shows, for me to do something else.

“I’m going to get my bikini line waxed.”

“Okay,” he says. “I’m going to go to the bar.” He isn’t one to drink alone, but Lost In Translation lodged itself in his brain some time ago and exoticised itself. He wants to be Bill Murray, and this hotel could be the Hyatt in Roppongi if you squinted and ignored the dragon fruit. 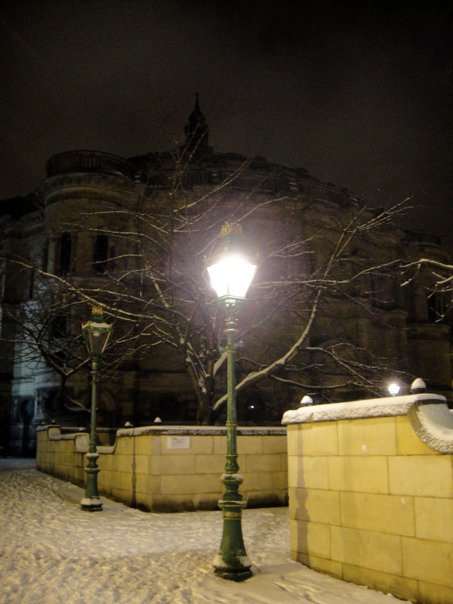 McEwen Hall in the snow, Edinburgh 2010

The pain on my skin matches a similar sort of pain in my heart, and it trails itself through everything in the room. The gunpowder tea that sits steeping; the green wallpaper, the soft music that tries to calm me, the drip of little water fountains outside. I can feel something is ending in my life as I lie, my bottom-half naked and exposed on a table, and have a Chinese woman with a gentle look in the eyes and a wry smile rip my pubic hair from its roots. Every time the pain peaks, my brain deludes itself that I am being punished for having ambition.

I do what I normally do, which is to ask the beauty therapist questions, so I can avoid looking at my bloody thighs and distract myself. She speaks excellent English, as most people in Hong Kong do.

“Are you from Hong Kong?” I ask. She replies that she is. She talks about her family pleasantly for a while as I muse. I hesitate for a moment, because I know that mainland China frowns on talk of politics. But it is Hong Kong. The Special Administrative Region has its own set of politics. It must be a regular topic of discussion here, I think?

“How did you feel when the British gave back Hong Kong?” I say. She is old enough to remember 1997 well. She looks thoughtful.

She says that every person from Hong Kong feels that pang of their Chinese heritage, a Chinese identity. This is something that could not have been taken away by British rule, but it certainly held it under a blanket. Hong Kong people are fiercely independent-feeling, she explains, as almost without watching she keeps stripping the wax away. There’s a Hong Kong pride. But ‘we wanted to be part of China’ she says, and she thought that urge was correct. There were worries of course, about how China would rule Hong Kong. It was in the heart, and not in the head.

“What happened after the handover?” I say. “Did anything go wrong?”

“Not at first,” she says carefully. China seemed to be fairly respectful of the SAR’s independence and love of democratic rule, Hong Kong having been so long in the British mindset. But soon, she says, politicians from the Chinese mainland turned up in the SAR government, and before long there were many more officials who had somehow made their way into Hong Kong politics, affecting change slowly and subtly. Soon when there were democratic protests on the streets, people were being taken away by the cops. This had never happened before. It was happening more frequently.

“This is something no one could have predicted,” she says. “That our own hearts would betray our heads.”

She soothes my legs with lotion and squints at how red they are (my skin never takes well to waxing). She nods at me, and leaves me with hot towels to get dressed. I think about the whisky sour that awaits me in the bar with the boy I am in love with. This is the boy who I will leave soon.

I didn’t know at the time that this one conversation in Hong Kong would become very important to me. I think about the time it happened: when I was on the brink of leaving Scotland almost forever, leaving my relationship forever.

We always want to strike out for the unknown. And there are some things that are improved: perhaps I had a more interesting time living in Japan later. Perhaps I have been with more romantic partners than I would have if I had stayed. Perhaps my career is more varied than it would have been otherwise. But it’s the traumas since that bother me. It’s the slow grip of the mainland coming in to take you. It’s the hardship of being alone. It’s the difficulty of not knowing. It’s the struggle to protest.

It’s the fear of the heart leading the head. And I fear the part of my heart that is for Scotland. It is that part that wants Scotland to be alone. 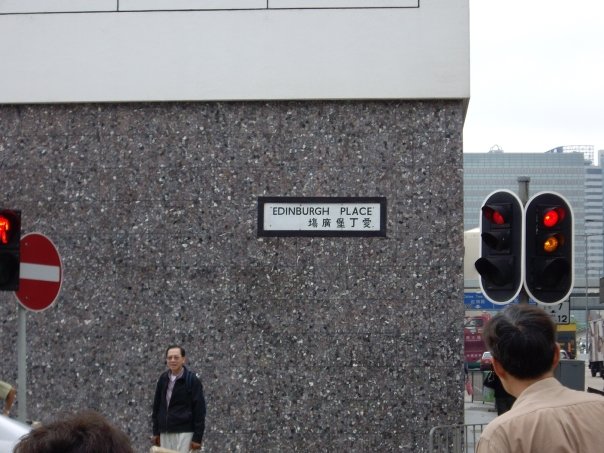